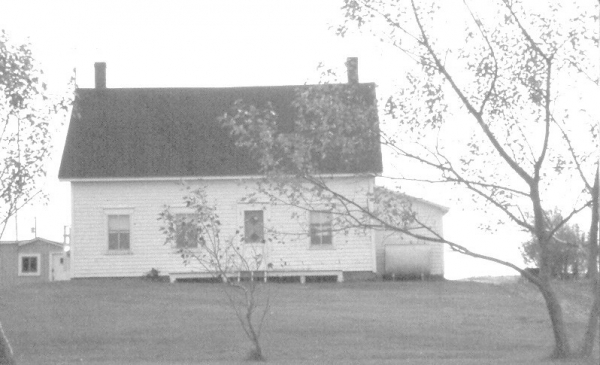 One of the oldest houses in Caraquet, this residence was built circa 1840 by Pierre Chenard (1818-1896) on the original concession of the Chenard family pioneer in Caraquet. This land has remained the property of the Chenard family since granting of the concession by the government in 1784. First bequeathed to Henri Chenard, carpenter and builder of 20 or more fishing schooners, and his brother, Charles, it was subsequently handed down through the generations to the current owners. Overlooking Caraquet Bay, the house has undergone very few interior or exterior changes with the exception of additions on either side.

In contrast to the traditional style, this vernacular house features a number of character-defining elements such as: