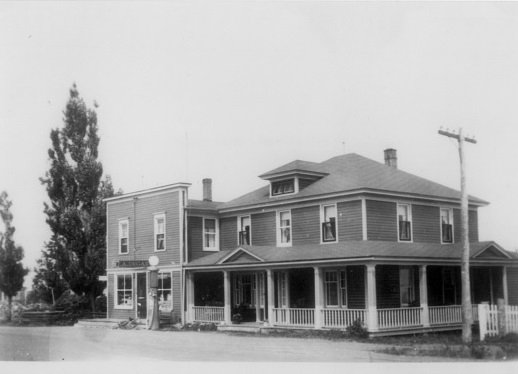 The building housing the Dugas home and store is designated a Local Historic Place due to its dual residential and commercial nature and its association with the architect Nazaire Dugas. This structure exhibits typical features of early 20th-century architecture. It was erected in 1923 by Théophile A. Dugas, who went on to add an adjoining house on the store’s east flank in 1934 based on drawings by the Acadian architect Nazaire Dugas. The family had previously lived above the store. This home has retained its original style and undergone only very minor structural modifications. The store was operated for three generations by the family, which lived in the adjoining house. Originally a general store, the business evolved to become “La Caraquette,” the name of a local variety of oysters, in which the family specialized. In the late 1900s, the building was turned into an oyster-themed museum and gift shop. In 2009, when the Acadian Peninsula hosted the World Acadian Congress, an exhibit on the Acadian privateers was added. This store with adjacent residence is one of the last standing examples of this architecture in the municipality.