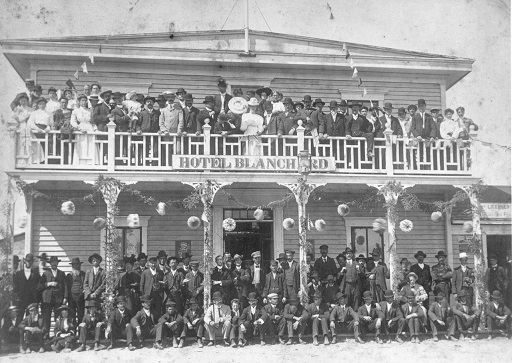 Hôtel Paulin was built in 1890 by the owner, carpenter Hugues Landry, who at the time named it “Hôtel Vendôme” after a town and a noble family in France. Its second owner, Joseph Blanchard, changed its name to “Hôtel Blanchard.” The hotel originally had only two storeys. A third storey with a mansard roof was added by its third owner, Octave Paulin, after he purchased it in 1904. The Second Empire additions to the original classic design created a unique piece of architecture. Hôtel Paulin is also recognized for its role in the tourism industry. The municipality’s oldest hotel still in operation today, it has been operated successively by three generations of the same family. For many years, it was also the site of social and political meetings, artistic performances, shows (sample showrooms) and wedding receptions. The hotel has served as a family residence for its different owners.

The character-defining elements of Hôtel Paulin include: